The most common reasons for a boiler leak, what you should do and how seriously you should treat a leak. 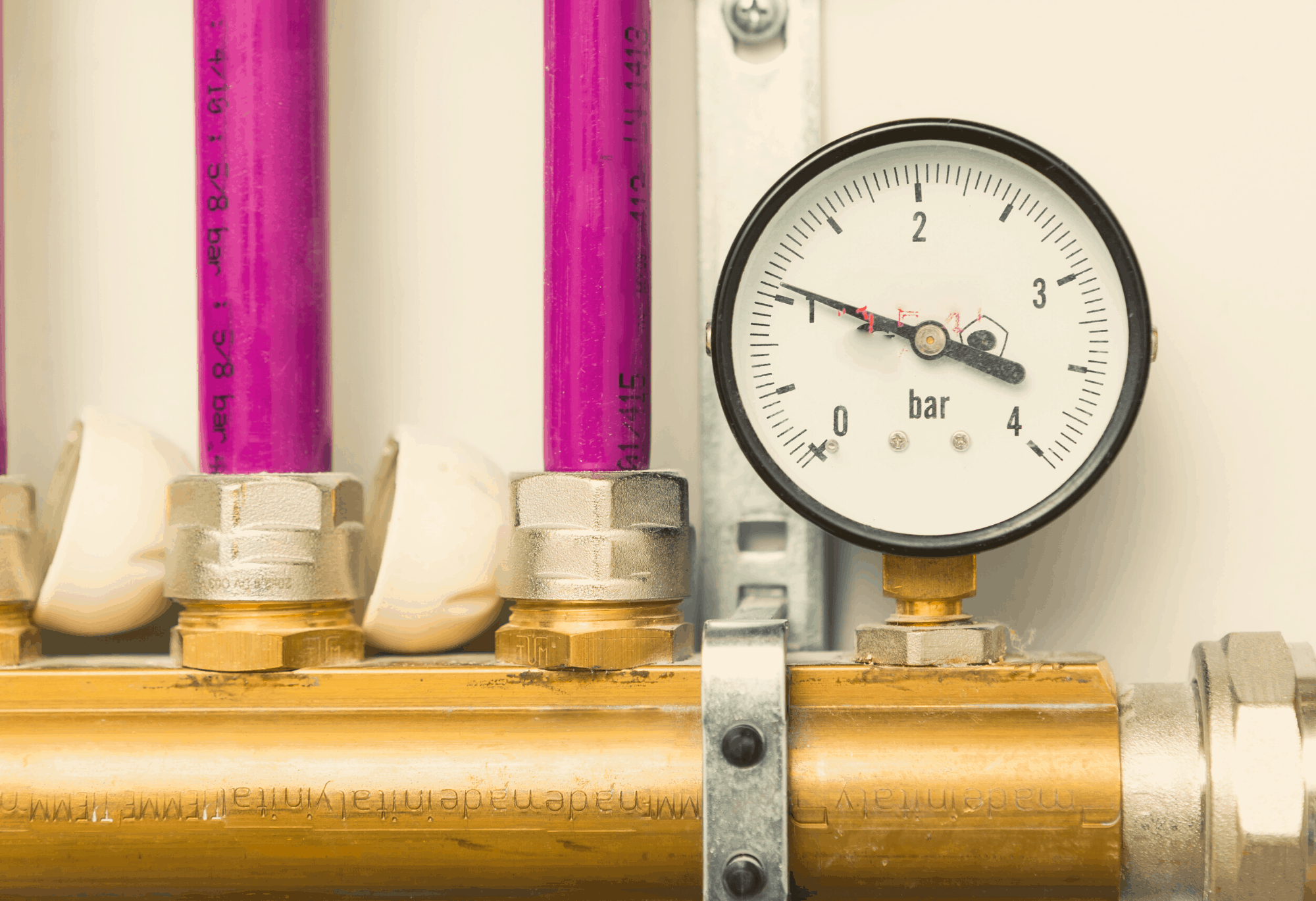 The pipes immediately underneath your boiler are usually the number one culprit for a leaking boiler. The most common cause is the corrosion of the pipes.

Over time, the water combined with the metallic debris within the system will corrode the copper piping eventually leading to small gaps where water can escape from.

If your boiler is new – perhaps even just installed – then it is more likely that some joints in the new boiler pipework have been fitted incorrectly.

2. Pressure is too high!

Too much pressure can cause a boiler to breakdown – who can relate?!

If the boiler pressure is too high (too much water), the PRV – pressure release valve – will discharge excess water, or parts will fail internally causing the leak.

If you find that your boiler is leading from its pressure valve, the pressure level may be too high.

A boiler’s pressure should usually be between 1 and 2 bars, so when the pressure exceeds this, the PRV will leak water in order to prevent the appliance from erupting.

Occasional drops of water coming from the boiler valve is fairly normal, however should a large amount of water be escaping from the system it could mean that the pipe is working overtime.

If this is the case, try reducing the boiler’s pressure or alternatively get in touch with PlusHeat who will send a Gas Safe Engineer to the rescue.

Lots of corrosion = lots of leaks.

If your boiler’s pipes or tanks become corroded they could weaken and eventually begin to allow water to escape.

If it is one, single element of your boiler system that is corroded, such as the valve, you may be able to resolve the issue by getting this part replaced. However, should the corrosion be wide spread and across the whole system, your boiler may be beyond economical repair which could mean that you would have to replace it.

When boilers develop leaks around their pipe fittings, it is usually due to low quality installations where the engineer has not worked to a high standard or followed regulations, or did not fit it properly.

Much like cracks and splits, this problem tends to develop due to hot and cold contraction and expansion. Good news? This issue is usually easy to fix.

What should I do if my boiler is leaking?

How serious is a boiler leak?

A leaking boiler indicates that an internal component such as a seal or valve is broken. The leak can lead to corrosion and rust, or can cause electric components within the boiler to short circuit. It could even cause problems in your house, like structural damage. Leaking boiler repairs should be conducted as soon as possible.

Are you sick of waiting on hold to major companies’ call centres when you have a crisis? Reporting a

Coronavirus: Government advice for work carried out in people's homes

Here at PlusHeat, we’ve been following this guidance closely and are keeping up to date with the latest advice

For many of us, a large portion of our days are spent at work; in fact, the average person