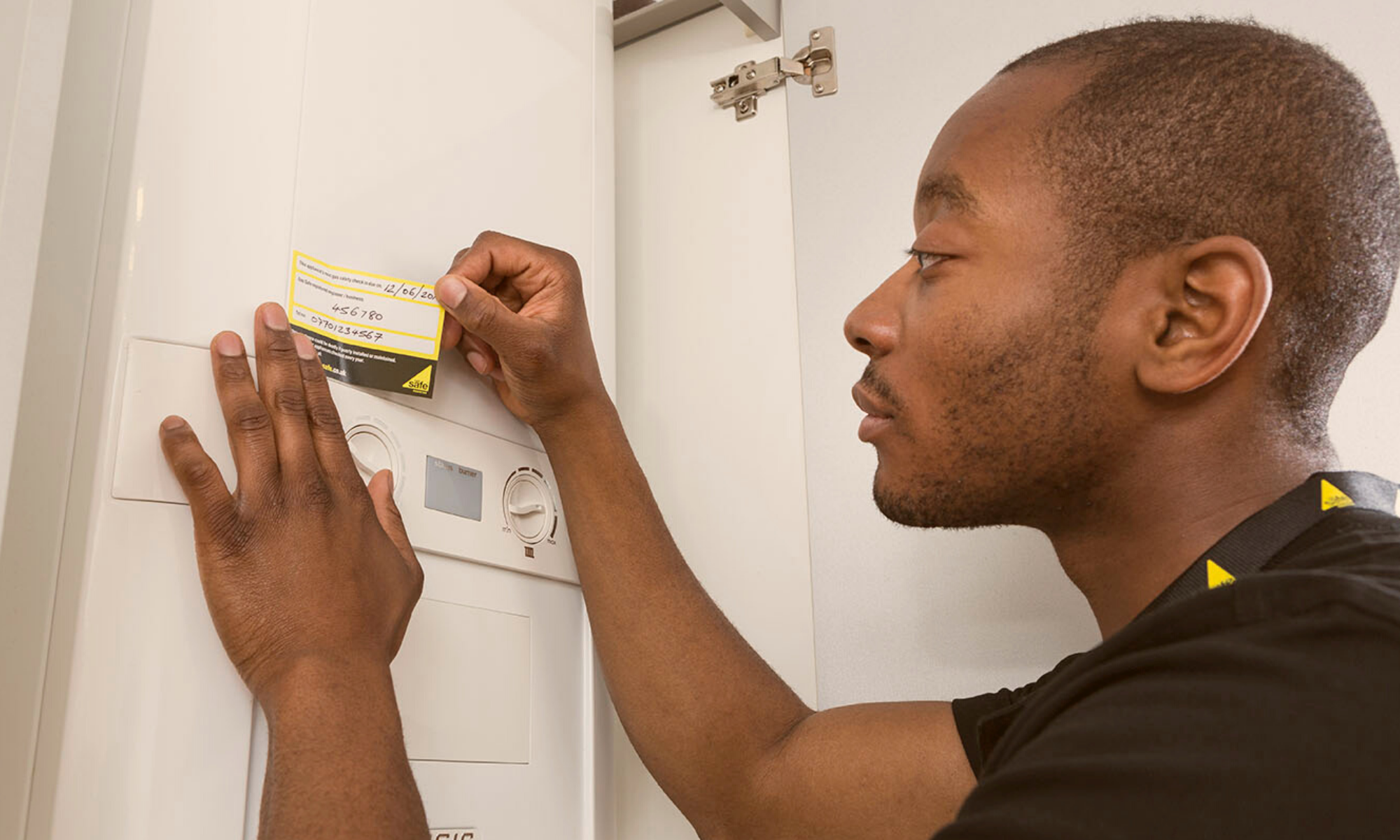 Gas Safety Week is an annual safety week to raise awareness of gas safety and the importance of taking care of your gas appliances. It is coordinated by Gas Safe Register, the official list of gas engineers who are legally allowed to work on gas.

Badly fitted and poorly serviced gas appliances can cause gas leaks, fires, explosions and carbon monoxide (CO) poisoning. CO is a highly poisonous gas that can kill quickly and without warning, as you cannot see it, taste it or smell it.

Follow these few simple checks to keep you and your family safe.

⦁ Check your gas appliances every year. Gas appliances should be safety checked once a year and serviced regularly by a Gas Safe registered engineer. Tenants – make sure your landlord arranges this. Set a reminder so you don’t forget at StayGasSafe.co.uk.

⦁ Look out for friends and relatives. Some people may be unable to arrange their own gas safety check or may be unaware of what they need to do to keep safe. Help your loved ones by ensuring that they have their appliances checked and serviced regularly.

⦁ Check your engineer is Gas Safe registered. You can find or check an engineer at GasSafeRegister.co.uk or call 0800 408 5500.

⦁ Check your engineer is qualified for the type of gas work you need doing e.g. natural gas, domestic boiler. You can find this information on the back of their Gas Safe ID card and on the Gas Safe Register website.

⦁ Check for warning signs that could indicate your (or others) appliances are not working correctly. Signs may include lazy yellow /orange flames instead of crisp blue ones, black marks on or around the appliance, a pilot light that keeps going out and too much condensation in the room.

⦁ Install an audible carbon monoxide alarm and make sure your friends and relatives have one too. Check they are marked EN50291 and display the British Standards’ Kitemark.

For gas safety advice and to find or check an engineer visit the Gas Safe Register website at GasSafeRegister.co.uk. Alternatively call the free helpline on 0800 408 5500. 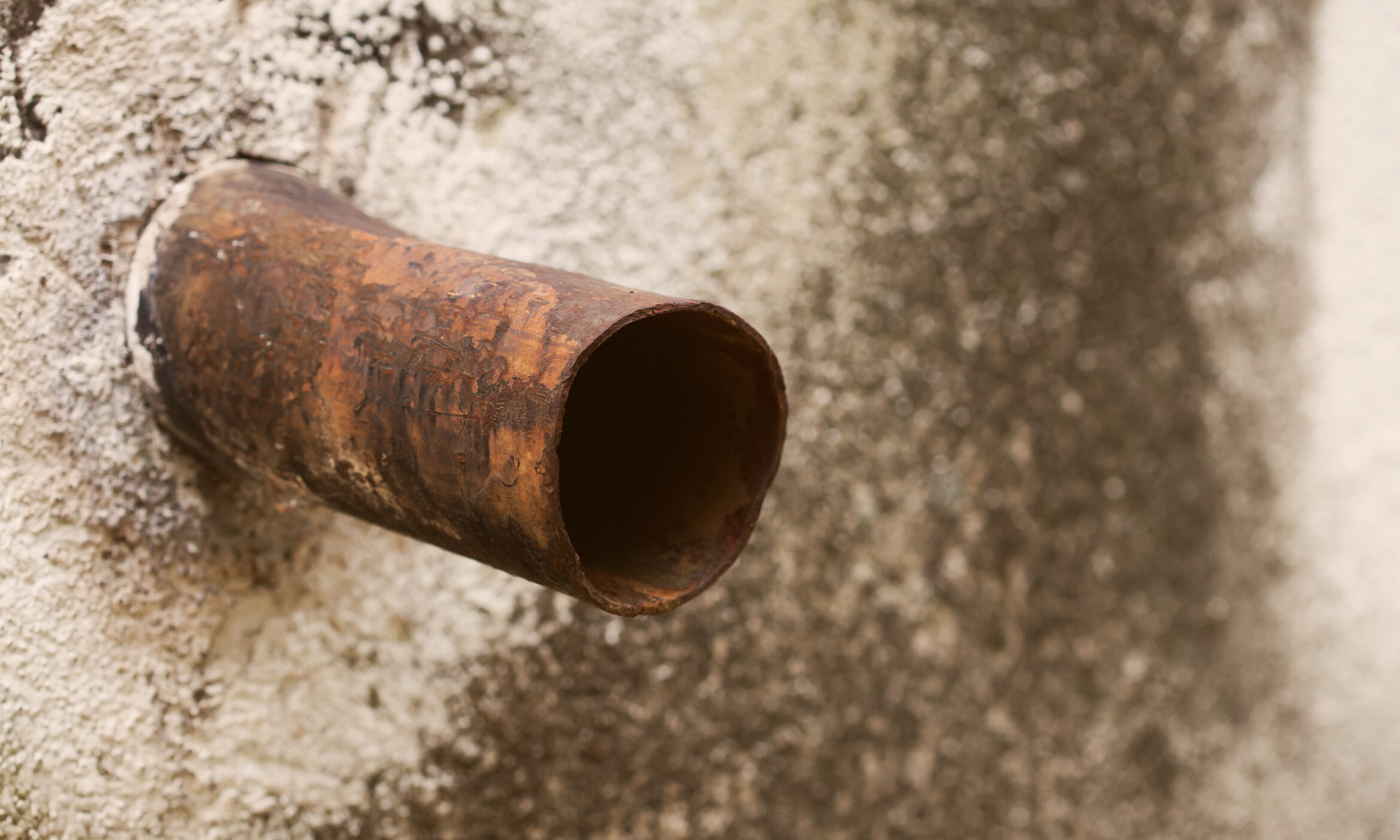 An overflow pipe leads from a water storage tank or cistern inside your home to the outside and play an essential role in your home’s plumbing system. If water levels fill up to higher level than it should, the excess flows down the overflow pipe and runs outside instead of in the room.

If water is leaking out of an overflow pipe, aside from the noise inconvenience, you’re going to be paying extra for water that is being wasted. In the worst case scenario, overflowing water can cause damage that will be costly to repair.

All of these common components in your home have an overflow pipe:

How to identify which overflow pipe is leaking

If the leaking pipe is at the ground or first-floor level, then it’s likely to be your bathroom overflow pipe dripping, which will be coming from the toilet cistern. It will be made of either plastic, copper or lead and will usually lead out through the wall directly behind the toilet.

Locate the valve that controls how much water flows into the toilet and close it slightly. This is the simplest method for fixing the overflow pipe when that is the sole issue.

If your toilet overflow pipe is still dripping, you may need to replace the washer on the float valve. First, you’ll need to stop the flow of new water into the tank and drain it so you can work. Then take the float apart and remove the washer.

If the float valve is no longer fulfilling its function, water will continue to run. If it is damaged or has a hole in it it will require a replacement. Make sure you shut off the water supply before doing any of this. Your hardware store will be able to advise you on the right replacement.

Combination boilers have a pipe that’s similar to an overflow pipe, called a pressure relief valve. If the system builds up too much pressure, it will release water. The pipe is copper and runs from the boiler to the outside of your house.

Do not confuse the pressure release valve with the condense pipe, which is plastic.

For safety reasons, it’s best to call out a PlusHeat Gas Safe engineer to investigate and fix this issue for you.

The central heating feed and expansion tank overflow pipe runs from the water tank in your loft to the outside of your house. It’s likely that your water level in the tank is too high.

If it only happens when your radiators are hot, it’s likely that the water level in the central heating feed tank is too high when cold.

If it only happens when water hasn’t been used for a while, the ball valve may have a leak that isn’t noticeable when water is being used regularly.

Can you see water running or dripping from the water feed when you look inside the tank? If so, check that the float valve isn’t stuck or the position needs to be adjusted. Alternatively it may be that the washer or whole float valve needs replacing.

If an outside pipe is leaking, it could be caused by an overflowing toilet cistern, cold water or central heating feed and expansion tank. If your boiler overflow pipe dripping due to a faulty combination boiler. 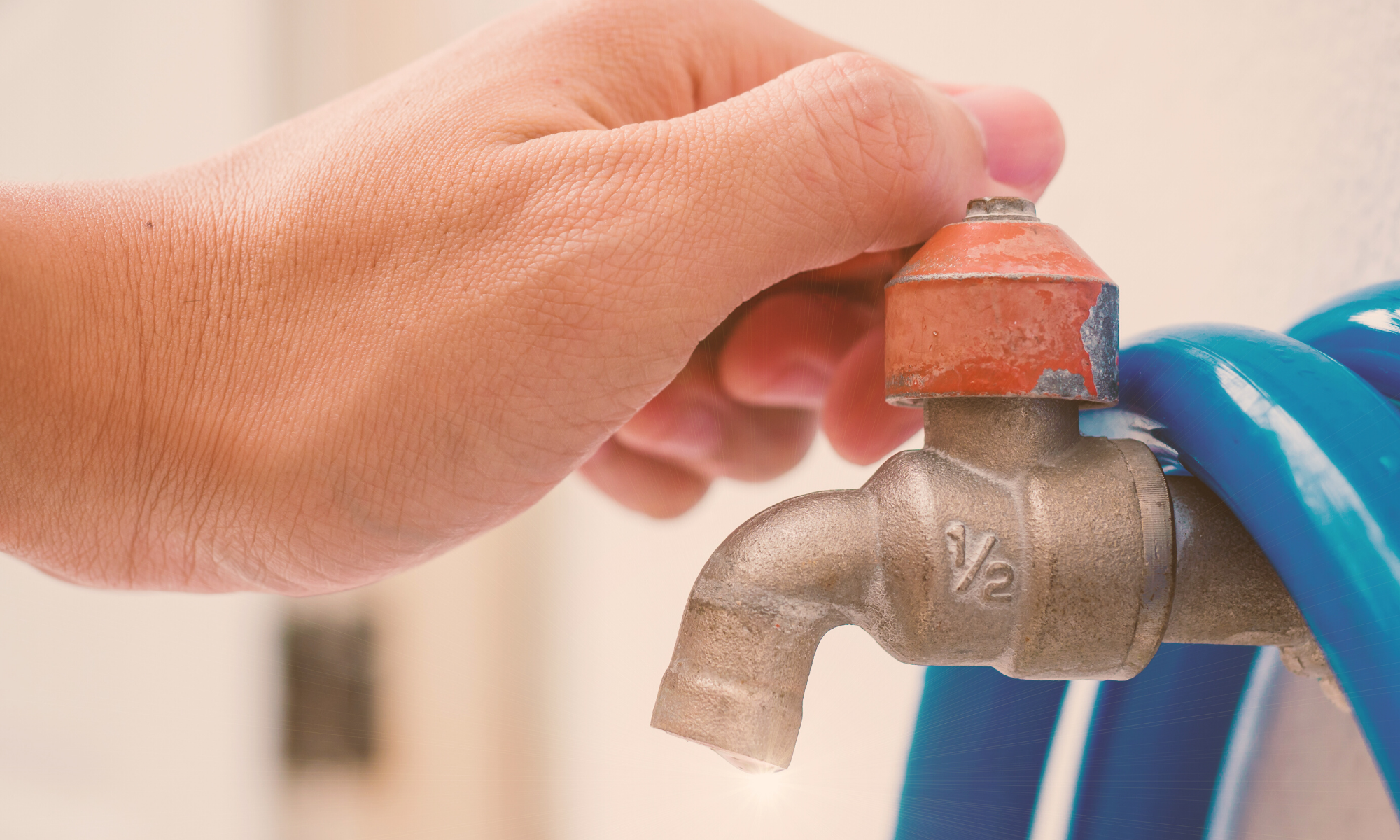 When you have no water, some problems you might be able to fix yourself and others you’ll need the support of a plumber. It’s good to know which is which, so this step-by-step checklist will help you identify the simple problems to save you the cost of an unnecessary call-out.

Most water companies have an interactive map on their website with the latest information on known incidents near you. Follow the links below to your local  supplier.

If they don’t have any information on their website, it is worth getting in touch with them. They should be able to advise how long it’ll take to fix and they’ll aim to get you back up and running as quickly as possible.

If there are no known incidents in your area, continue the steps below.

If you haven’t got any water coming from your bathroom taps, but your kitchen sink is fine, it’s unlikely to be an issue with your mains supply. If water comes out of your cold kitchen sink but no where else, the problem is with your internal plumbing.

If you live in a block of flats, check for known issues with your building maintenance contact or local authority.

If your neighbours do have running water, it’s worth asking whether they’ve had any recent plumbing work done, just in case this has caused a problem with your supply.

Your inside and outside stop valves need to be fully open for your water to be on.

Your internal stopcock can be found where the supply enters your home, usually under a kitchen sink. Turn your mains tap (usually the kitchen cold tap) slowly and turn the stopcock valve anti-clockwise. You should see the water restored once you’ve done this if the stopcock was the problem.

The outside stop valve is usually found near the boundary of your property and look like small drains, usually labelled with “W” or “water”.

To check the valve is fully on, open up the cover and turn the valve or key all the way anti-clockwise. Once doing this, check your mains tap again.

No running water can be a problem caused by cold weather freezing pipes if they are not properly insulated.

If you’ve got a modern high efficiency condensing boiler, it might be your condensate pipe that’s frozen. When you’ve located the pipe outside, pour hot but not boiling water over it to melt the ice inside. Once it’s cleared you should find your water flows normally.

If you have checked everything above and none of these steps help to get the water flowing again, you can call a PlusHeat plumber for a one-off repair or take out a PlusHeat maintenance plan to get advice and support when you need it most, all year round. Our technically trained experts are on hand 24 hours a day, 365 days a year (yes, even Christmas day!) to ensure your home is protected. 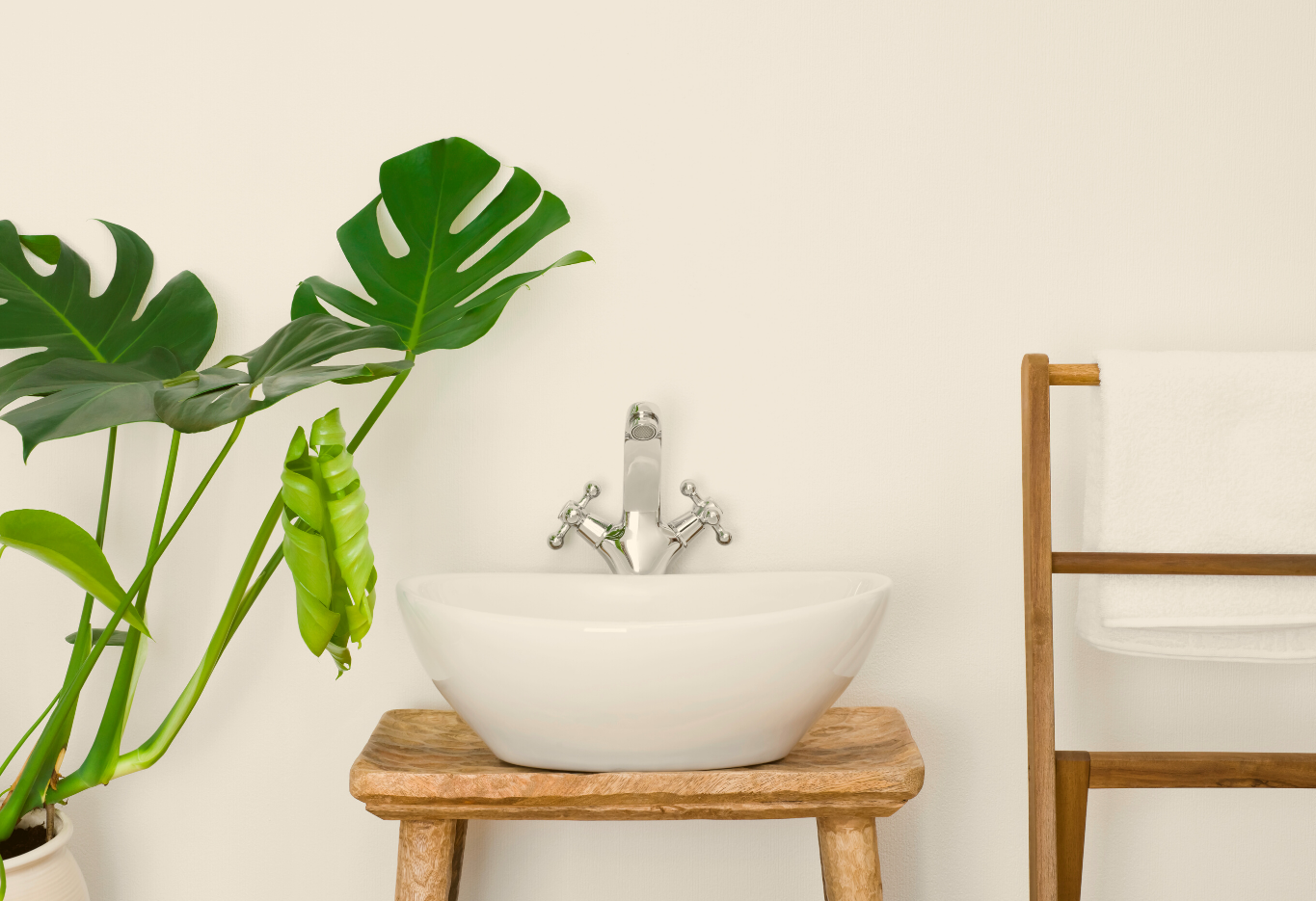 Everybody could stand to be a little more environmentally friendly, and in the process you usually save some money on your water bill and cut down on unnecessary waste. Not only will green plumbing lower utility costs in the long run, but it will certainly make your home and the environment healthier.

Being green has never been easier!

Try not to use extremely hot water. Lower the temperature of your water heater to avoid overusing the energy it takes to heat the water. This will also decrease the cost of your energy bill.

Low-flow showers and faucets can reduce home water usage by as much as 60%. Less hot water is good for the environment and your water bills!

Flushing your toilet accounts for the single biggest water draw in your home, to the tune of about 28 gallons of water per person, per day. A typical low-flush toilet uses anywhere from two to five times less water per flush.

Energy-efficient dishwashers and clothes washers can reduce water consumption at these appliances by as much as 50%.

Uninsulated pipes in exterior walls may be susceptible to heat loss as they travel through your home. Insulate your pipes to cut down on water waste by reducing the amount of time you have to wait for warm water, and reduce energy costs from your water tank heater.

Pipes can easily burst or become completely useless when they freeze. Turn off the valve leading to your garden hose and look into other ways to avoid frozen pipes. Leaving your home for a holiday or longer period? Turn the water off for the entire home. Green plumbing.

Heating water accounts for 15% of most household energy use and new heaters help to cut this number down. New water heaters are designed to reduce energy use. They work by efficiently using the combustion process that heats water so that as much heat as possible is extracted from the process.

Almost every new boiler manufactured today is a condensing boiler. This means that it is able to utilise a lot more of the heat energy that the boiler produces compared to non-condensing alternatives. Condensing boilers are therefore considered a lot more efficient than older boiler models.

Drain clogs are one of the top reasons for homeowners calling in a professional plumber. Food, oil, fat, hair, and other similar items will easily clog a drain. Clogged drains can lead to extensive damage if it is not tended to by an experienced plumber.

Get a water filter

Water filtration systems can get rid of chemicals in the water, as well as particles and microorganisms that could be found in it. There are different purification and filtrations systems available, so it is better to know beforehand which one is most appropriate for your particular type of water.

Always check your plumbing for leaks and damage. When you notice an issue, contact a professional plumber. They will get the job done right and assure the quality of the new accessories or materials used during the task.

If you have any questions,
please give us a call